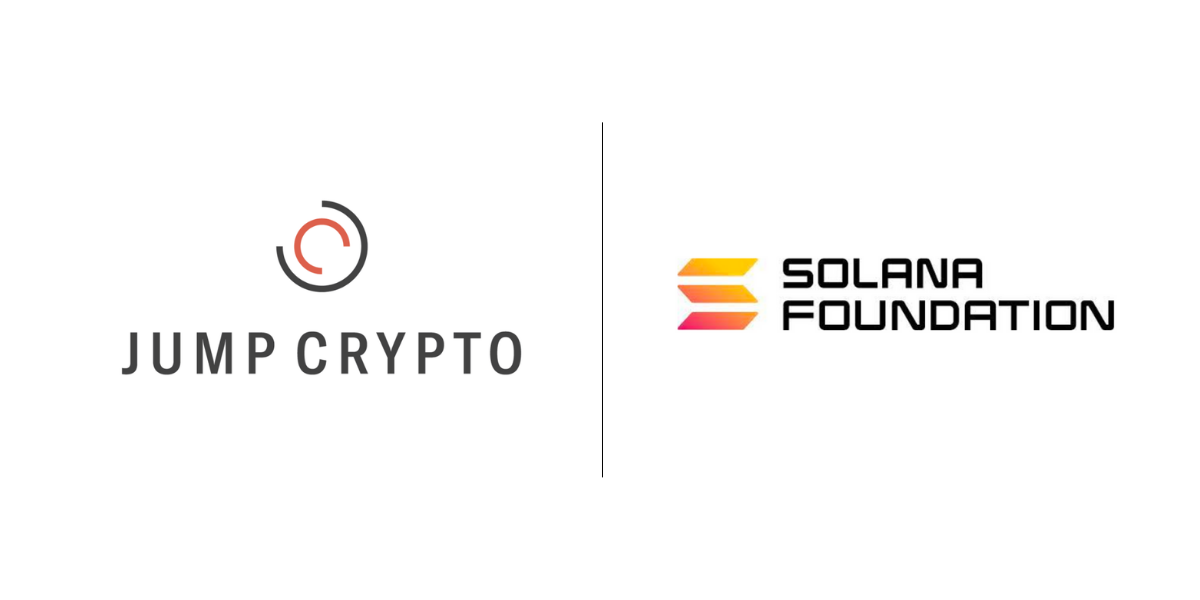 August 16, 2022 - The cryptocurrency arm of Chicago trading firm Jump Trading, Jump Crypto and the Solana Foundation, a non-profit organisation dedicated to the development of the Solana network, a high performance blockchain, today announced a collaboration to boost the throughput and reliability of the Solana network by developing a new open source validator client for the network using the C++ programming language.

Validators are the heart of any decentralised proof of stake blockchain, and this initiative to develop a second independent client for the Solana blockchain represents an important step in the network’s continued decentralisation. Jump Crypto will propose significant upgrades to Solana’s open-source core software along with building a second and new validator client, separate from the one built by Solana Labs.

Dan Albert, Executive Director of the Solana Foundation explained why Jump Trading had been selected: “After a close evaluation of potential contributors that could build the kind of technological infrastructure needed to undertake this complex of a project, I believe Jump Crypto is an excellent choice to lead this effort. Jump has unparalleled experience with over 20 years of scaling networks and building highly performant software systems. Their contributions to the Solana network will improve mission-critical systems, helping the network scale to billions of users.”

Kanav Kariya, President of Jump Crypto, commented on the project, “While this is a wildly ambitious project, Jump has always been focused on building the guardrails and infrastructure of blockchain technology. There is nothing more important right now than solving the world's most complex networking issues, and we are thrilled that Solana Foundation has entrusted us to help revolutionize this technology to make the fastest blockchain even faster and more reliable.”

Anatoly Yakovenko, Co-Founder of Solana, stated, “The Solana network has seen exponential growth over the last two years, which shows no signs of slowing down. By adding more core contributors like Jump Crypto, the network can maintain its status as the best place to build in web3, while scaling to billions of users. I’m excited for Jump’s engineers to bring a new perspective to the network and help improve network resiliency and efficiency.”

The process of building a new validator client will be overseen by Kevin Bowers, Chief Science Officer at Jump Trading, who leads an established team of scientists and engineers that has developed complex algorithms, software, hardware, and networks for one of the largest low latency trading systems in the world. Dr. Bowers joined Jump Trading in 2010 as a systems architect after six years as a scientist at D.E. Shaw Research, where he helped create multiple award-winning numerical methods, software, hardware, and networks for some of the world’s fastest and longest biochemical molecular dynamics simulations. His research at Los Alamos and, separately, UC-Berkeley on plasma simulation received similar recognition. Codes he architected have been described and used in hundreds of highly cited scientific papers, featured in the general media and museums, successfully open-sourced and commercialised and remain anchor applications for the world's largest supercomputers.

Dr. Kevin Bowers, Chief Science Officer at Jump Trading, explains the opportunity for Jump and Solana, “Through Jump’s decades of work in solving some of the most complex networking challenges across traditional financial markets, we have seen first-hand the impact that improving a network’s speed and efficiency can have on an entire financial system. Now, given the relatively slow speeds and unreliability of blockchain networks, an incredible opportunity exists to transform the functionality and efficacy of these networks. We are excited to apply our proven technologies to encourage widespread adoption, creating endless possibilities and driving real change in the world.”

Solana has come under pressure over the past few months, with several major outages this year, the latest in June making it unusable for over four hours. The outage was deemed to be due to a bug leading to consensus failure.

Earlier this month, thousands of Solana users suffered from compromised wallets after a hack targeted "hot" wallets, resulting in losses estimated at around $5 million. Engineers across several networks found that the bug wasn't connected with Solana's core code, but in software used by the software wallets popular among users of the network:

This does not appear to be a bug with Solana core code, but in software used by several software wallets popular among users of the network.

Updates will be posted to https://t.co/ivyoIbdCDP as they become available. 2/2