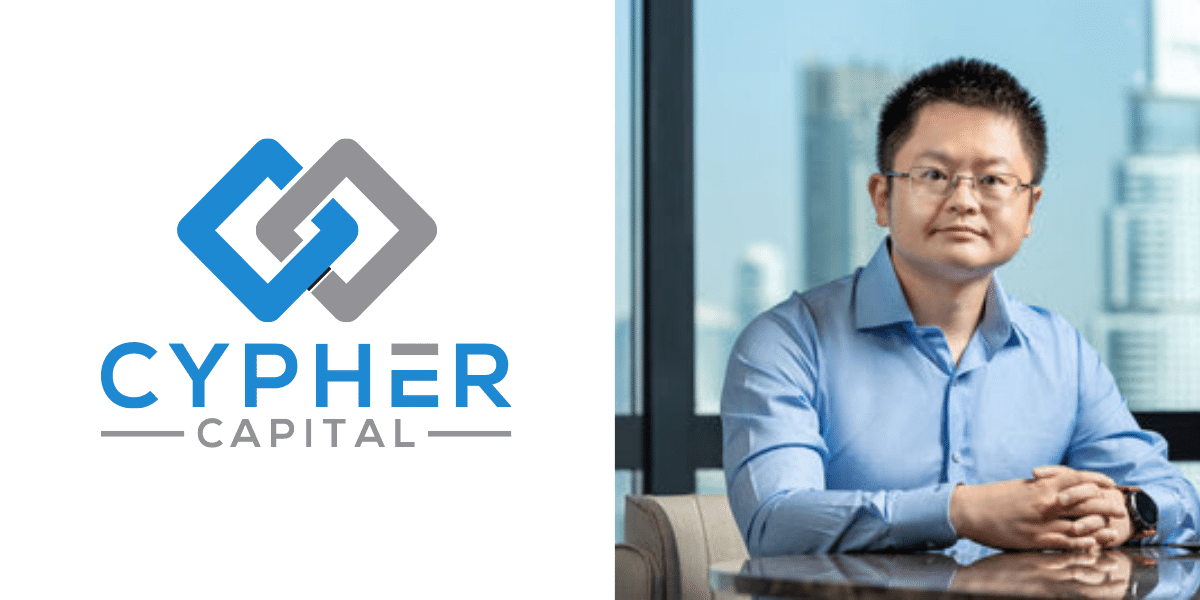 September 5, 2022 - Cypher Capital, a multi-strategy crypto investment firm based in the UAE, covering venture capital, public markets, nodes, mining and more, today announced the appointment of Bill Qian as the new Chairman of its Board of Directors.

Bill brings to Cypher Capital more than 15 years of industry expertise in managing and investing over $20 billion.

"I am pleased and privileged to be joining this incredible team that has already accomplished much in this space. Cypher Capital and I share the same vision, and I am excited to take it to the next level," said Bill Qian.

Before joining Cypher Capital, Bill was the Global Head of Fundraising, Binance Labs, and M&A for Binance. Before this, Bill was the Head of Investment of Fintech/Tech for JD.COM.

Bill has also worked with Trustbridge Partners, a leading technology-focused private equity fund with more than $15 billion in assets under management, and has deployed and managed over $20 billion across Web 1.0, Web 2.0, and Web 3.0 projects in his career.

Alongside his main roles, Bill serves on the executive committee of the Hillhouse Value Investing Institution. "Several initiatives are in the works for Cypher Capital, and I couldn't be more excited to work with the team to make them a reality. Included are a venture studio, joint ventures in different crypto verticals, and a co-working space located in Jumeirah Beach Residence (Dubai, UAE) - allowing founders to resolve critical challenges from anywhere in the world," Bill added.

"Not only will we set Cypher Capital on an unparalleled path to success, but we will also create a new fund with a mix of diverse Middle Eastern investors, Asian internet tycoons, and other world-class institutional investors," he concluded.

Bijan Alizadeh, Co-Founder and Partner of Cypher Capital, commented, "Bill's sense of leadership, in addition to his extensive experience in the industry, makes him an ideal figure for this role. I look forward to working closely with Bill to continue honoring Cypher Capital's vision, mission, and values."