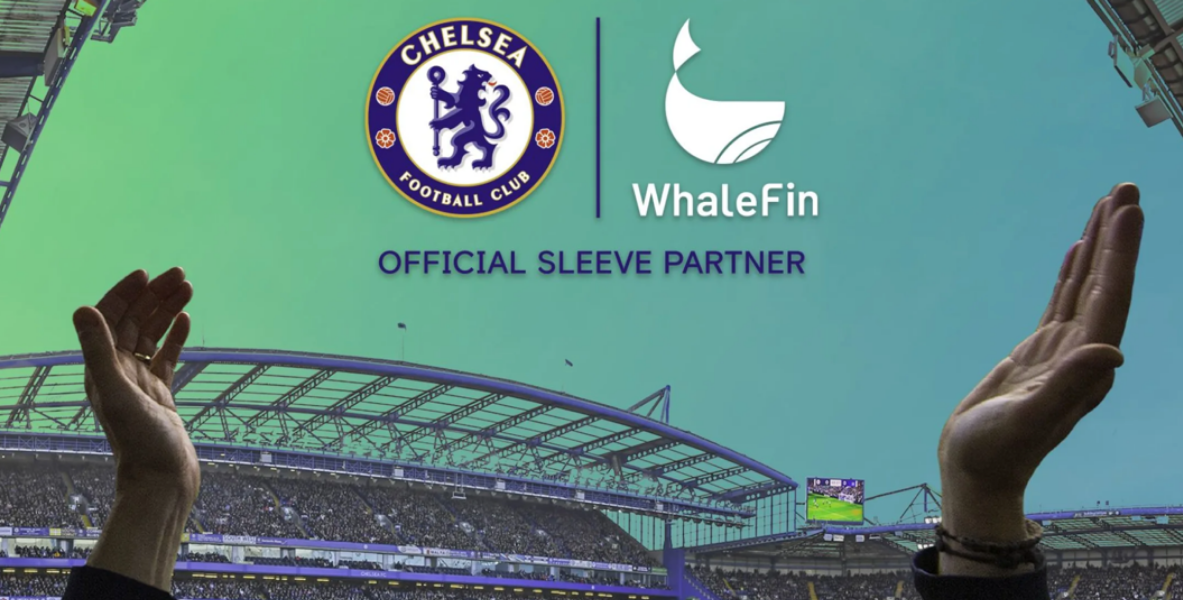 As part of this historic partnership, Amber Group will become the club’s official sleeve partner, with the logo of WhaleFin – the company’s flagship digital asset platform – emblazoned across the kit of both the men’s and women’s teams from the start of the 2022/23 season.

As the first digital asset partner for Chelsea Football Club, Amber Group will introduce WhaleFin to football fans around the world. Built with the deep expertise that Amber Group has developed serving both institutional and retail digital asset markets, WhaleFin is an all-in-one platform that serves as a gateway to crypto finance for everyone. Amber Group’s focus on raising WhaleFin’s profile through this partnership underscores the growing prominence of digital assets, and the role it plays in helping investors build wealth in the digital era.

As part of the partnership agreement, Chelsea and Amber Group will collaborate on a range of partnership activities which will focus on growing the WhaleFin brand globally. The two will also work together on a series of sustainability initiatives that are central to Amber Group’s ongoing commitment to build a sustainable future for all. The company most recently announced collaborations with the Whale and Dolphin Conservation and Moss Earth, and is expected to broaden its support of sustainability initiatives globally.

Guy Laurence, Chelsea FC Chief Executive, commented, ‘This is a hugely exciting partnership for the club, which aligns us with one of the most advanced digital asset companies in the world. As Amber Group continue to expand coverage of their platform globally, they will now have the ability to not only speak to the hundreds of millions of loyal Chelsea fans around the globe but also be seen by the billions who tune into the Premier League each season.'

Michael Wu, Amber Group Chief Executive Officer said, '‘Our partnership with Chelsea FC is a watershed moment as we embark on the next stage of our growth globally. With the beautiful game’s ability to rally a global audience regardless of culture, language and nationality, we are excited to showcase the full potential of digital assets to an international audience. With a storied club history backed by a world-class team, Chelsea FC is a class act that we are proud to partner with, as we bring digitisation and crypto finance to global users. We are thrilled to be associated with one of the best teams in the English Premier League, and we look forward to unlocking new sporting experiences for football fans around the world.’