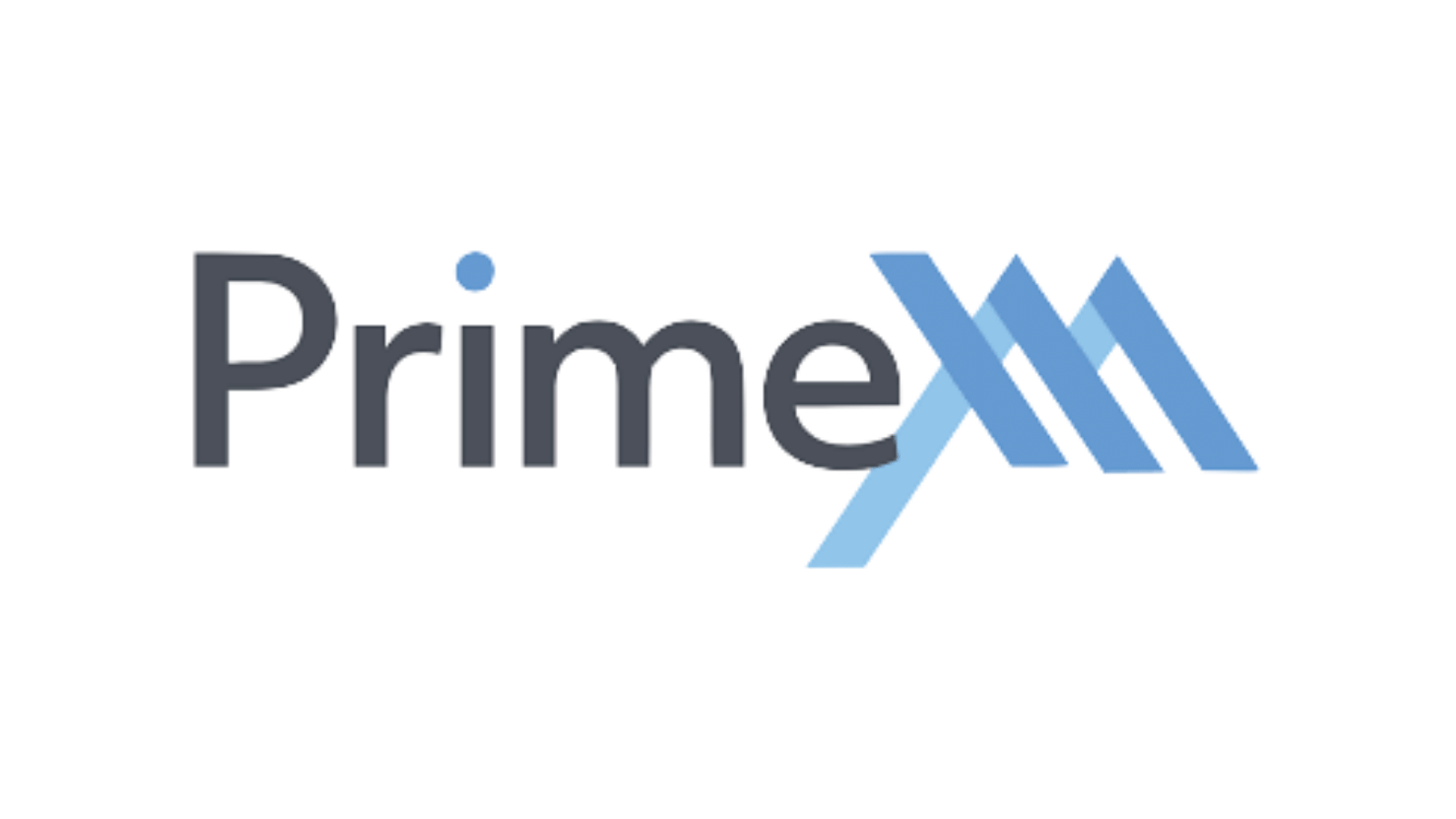 The Average Daily Volume (ADV) in March was $56.68 billion. The highest daily trading volume of the month was recorded on 8th of March with $81.36 billion in volume. London (LD4) continues to be the busiest data centre with $964 billion transacted. Tokyo (TY3) is in second place with $191 billion and NY4 with $140 billion in volume.

PrimeXM's business in the Singapore SG1 data center seems to be lifting-off with $8.57 billion in volume (a 184% increase on February) and half a million trades for the month. In February, SG1 volume came in at $3.02 billion, while in January total SG1 volume was $1.85 billion. Volume in SG1 in March was therefore 363% on January. 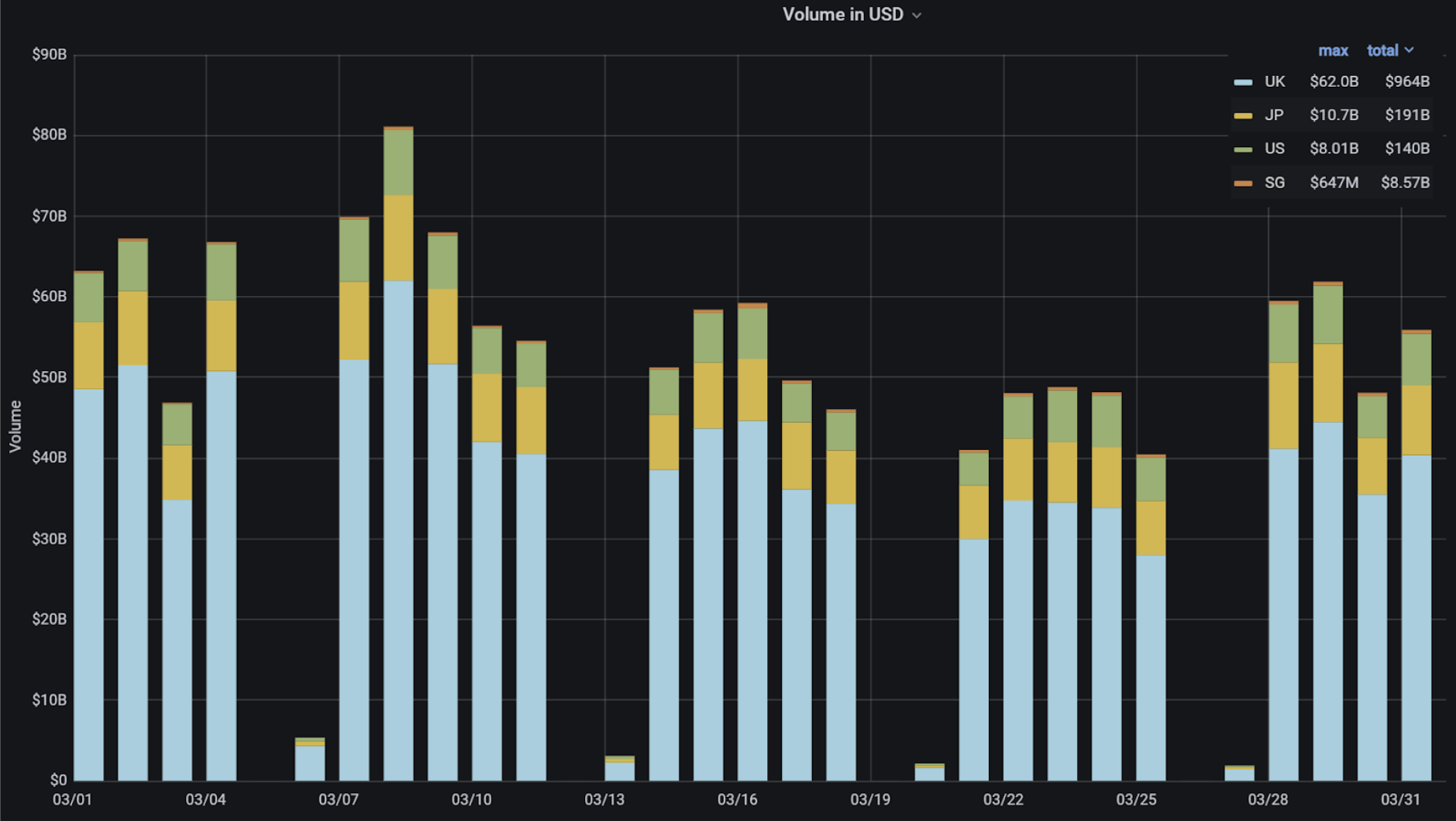 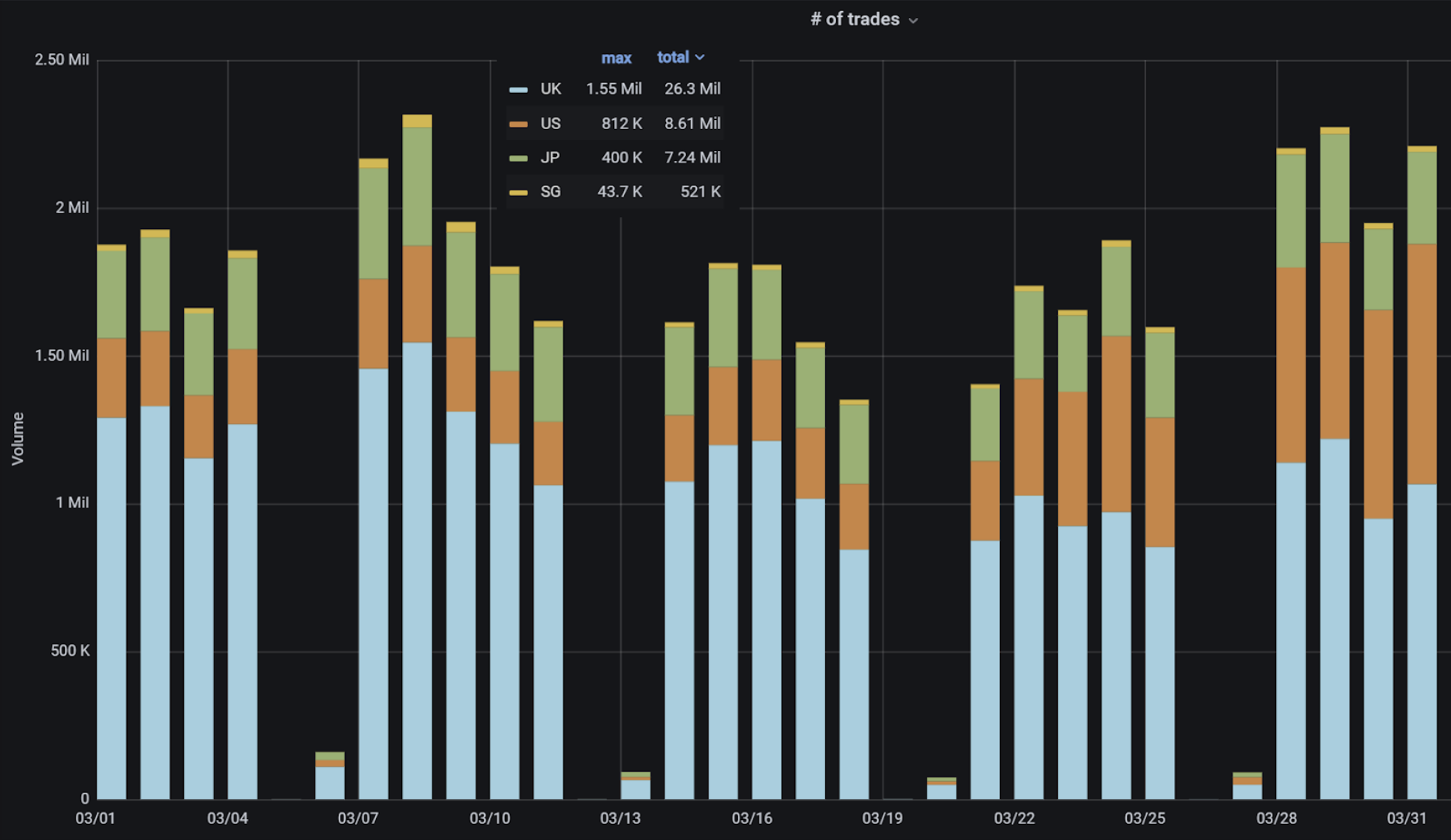 XAUUSD consistently remains the most popular trading instrument having ⅓ of all volume during March. EURSD (16%) and GBPUSD (11%) follow, while major 3 equity indices #US30, #US100 and #Germany40 represents ¼ of all transacted volumes by the XCore Community. 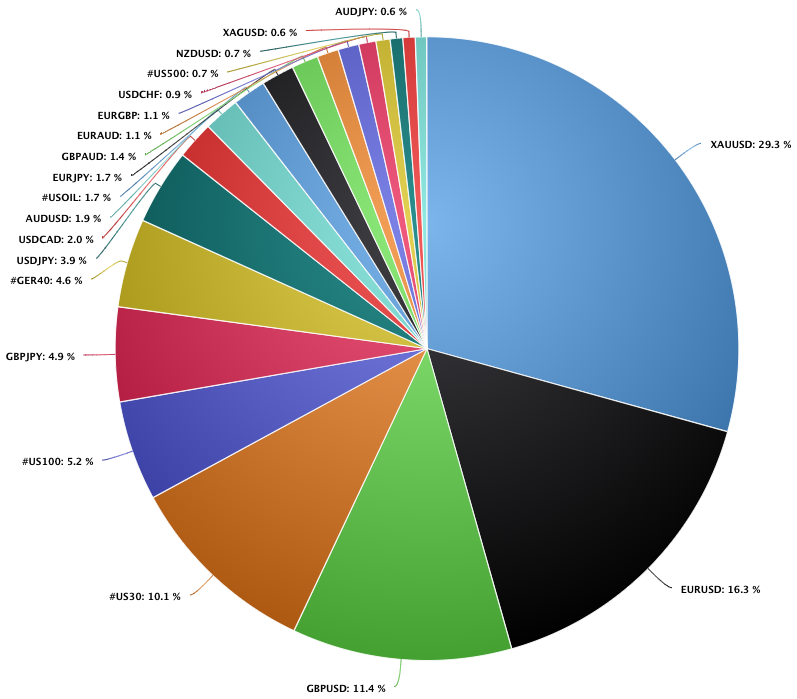 To view P{rimeXM's historical ADV data and to compare against other venues, please click here.