August 01, 2022 - Bank-owned FX and Precious Metals streaming price provider FXSpotStream has released volume figures for July 2022, with July overtaking June as the second-highest monthly Average Daily Volume (ADV) ever in the company's history. ADV was $64.037 billion, an increase of 0.31% compared to June. June had previously set a record for the second highest ADV, following a 9.32% increase over May 2022. 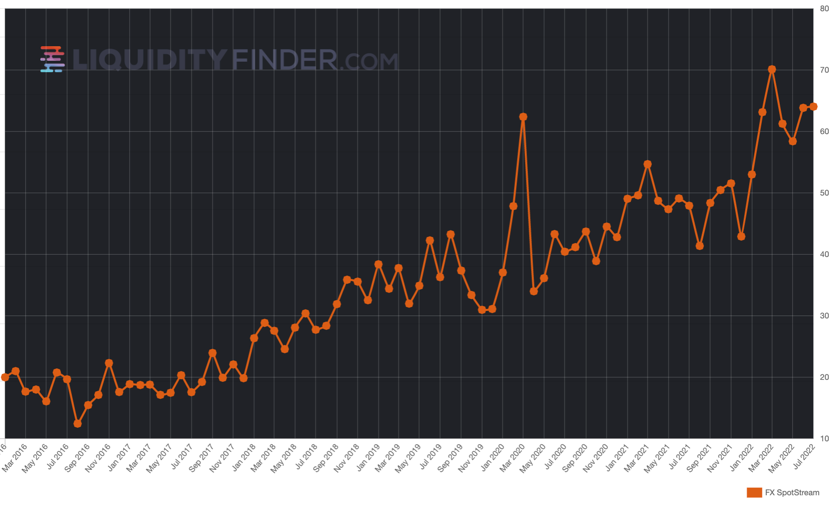 July's ADV represents a 33.66% growth in terms of ADV Year-on-Year for FXSpotStream, the largest Year-on-Year volume percentage increase of any month so far in 2022. The company said that "This Year-on-Year growth is a strong indicator of the continued market share gains as FXSpotStream continues to grow at the fastest rate of any FX service reporting volumes."

FXSpotStream ADV figures for July are based on 21 trading days.

FXSpotStream provides clients, via a normalised API, access to over 70 different Algos and 200+ Algo parameters supported by the FSS LPs. In June the company added all Algos to their GUI, and clients can now choose to access the LP Algos via either the API or the GUI.